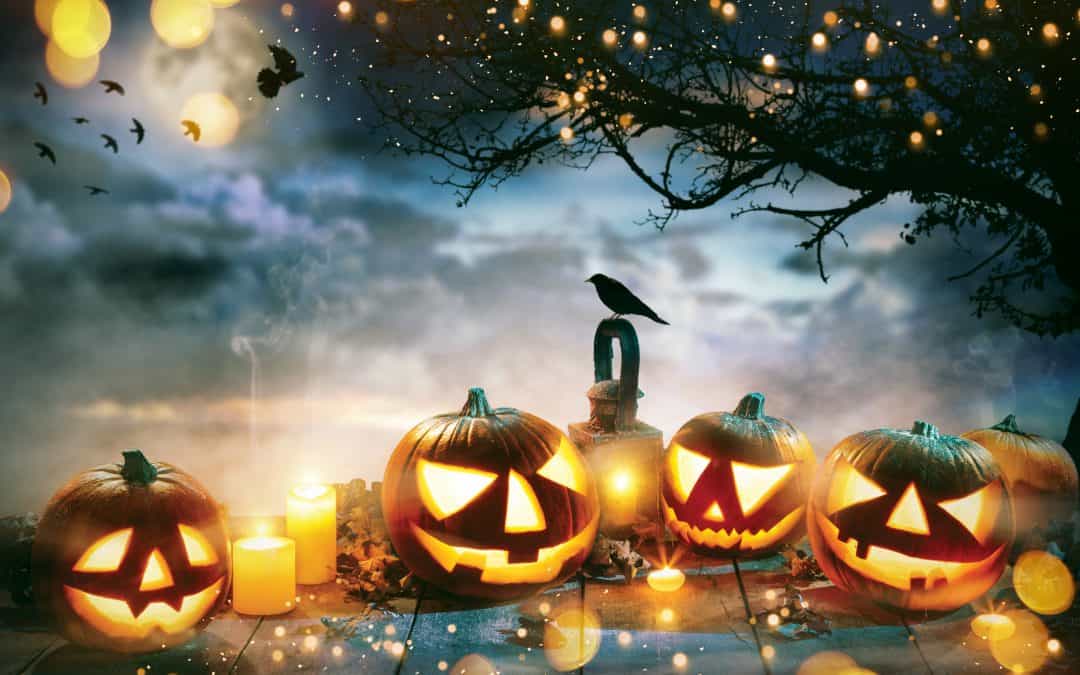 Vacation means different things to different people. For some, relaxing on a white sanding beach sipping a piña colada is perfection. Others want an active vacation like white water rafting down the Colorado River. And some want to be scared witless. More money is spent on Halloween than any other holiday in the United States (it’s in the billions), so it’s not surprising that our love of all things scary creeps into our vacations.

In honor of Halloween, here are six spooky spots to get your heart pumping. Remember, it’s only a story…

I’ll start with my own travel “ghost” stories. Whether you believe in specters or not, all of these stories are true. Each could be explained away, but I’ll let you decide…

The Stanley Hotel inspired Stephen King’s tale of “all work and no play” in The Shining. More than 100 years old, the hotel offers guests the opportunity to stay in “haunted rooms,” and tour guides lead ghost tours daily. The hotel is a perfect starting point for an active, outdoor adventure with easy access to all levels of hiking, rock climbing, and rafting in Rocky Mountain National Park.

On the register of historic hotels, rooms at The Stanley are period-appropriate and lack modern amenities like air conditioning. You might arrive expecting the isolated property featured in the movie adaptation of The Shining, but you’ll be disappointed. That hotel is located in Oregon. The Stanley Hotel is a bustling tourist attraction located in the middle of town.

My story: During the summer of 2017, I brought my son on a mother-son outdoor adventure trip to Colorado. We stayed at the Stanley Hotel. On the last night of our stay, a group of parents convened in the hotel’s bar to relax and have a refreshing libation. The group sat at two tables, but as the night wore on, the group grew smaller, and the remaining members moved to stand in front of the second table closest to the bar. The back table was empty, and no one stood near it. On top of the table was a heavy glass bottle of scotch capped with a heavy glass stopper. Suddenly, the glass stopper flew off the bottle and landed with a thud across the table. Even our waiter gasped.

Named “America’s Most Haunted City” by the American Institute of Parapsychology, so the opportunity to scare yourself silly is abundant. While visiting the City, I went on a haunted pub crawl with a friend. The stories were entertaining, the beer was cold, and a good time was had by all. Our tour guide stopped at the Colonial Park Cemetery, and we heard about the spirit of a woman who sometimes bothered her tour guests. While I’m not saying she visited us, but our picture from the graveyard is below. Spooky visitor or a shadow? You decide.

1811 House at the Equinox Resort and Spa, Manchester VT

The 1811 House is a historic, supposedly haunted house on the same property as the 5-star Equinox Resort Spa. Located in the bucolic Green Mountains of Vermont, the Equinox is a luxury property with a gorgeous spa, wonderful on-site dining, and easy access to everything Vermont has to offer. The 1811 House is located across the street from the main property and is a hodgepodge of small rooms, narrow hallways, and creepy nooks and crannies. A perfect spot for a wedding.

We stayed at the 1811 House 12 years ago when my son was just five. The wedding was beautiful and the accommodations perfect, albeit a little creepy. The morning after we returned home, my son woke early, and the two of us went downstairs to our kitchen. The sun had just come up, and the house was quiet and dim as I sipped my first cup of coffee. It took me a minute to realize my son was out of his seat given the early hour.  He stood on one side of the wall that connected the kitchen to our family room, peeked around the corner, and jumped back as if playing with someone. I asked what he was doing, and he said, looking at the girl in the next room. Hmmm…I didn’t say anything at the time, but later, when he was getting ready for bed, he said, “Do you remember that girl I saw today?” (Yes, I said.). “I think she was a ghost.”

Did someone follow us home from Vermont? I don’t know, but he never mentioned the girl again.

Thanks to books like Interview with a Vampire by Anne Rice, and inaccurate Hollywood movies about Voodoo, New Orleans has a reputation for the supernatural and macabre. Tours based on the City’s unseemly history, ghosts, and vampires are everywhere. While many of these street performers are brilliant (and melodramatic), it’s the history of the place with its tales of terror and mayhem that makes things interesting. Throughout the City, you’ll find hotels with a long history of ghostly contact. Stay at The Hotel Monteleone, La Pavilion Hotel, or The Hotel Villa Convento if you dare.

While you’re there, check out the City’s beautiful and lively neighborhoods, but avoid Bourbon Street like the plague. Walk through if you must, but then head over to Frenchman’s Street, a better and more grownup version of that over-inebriated tourist trap. You’ll find great restaurants and plenty of music venues to keep everyone entertained. 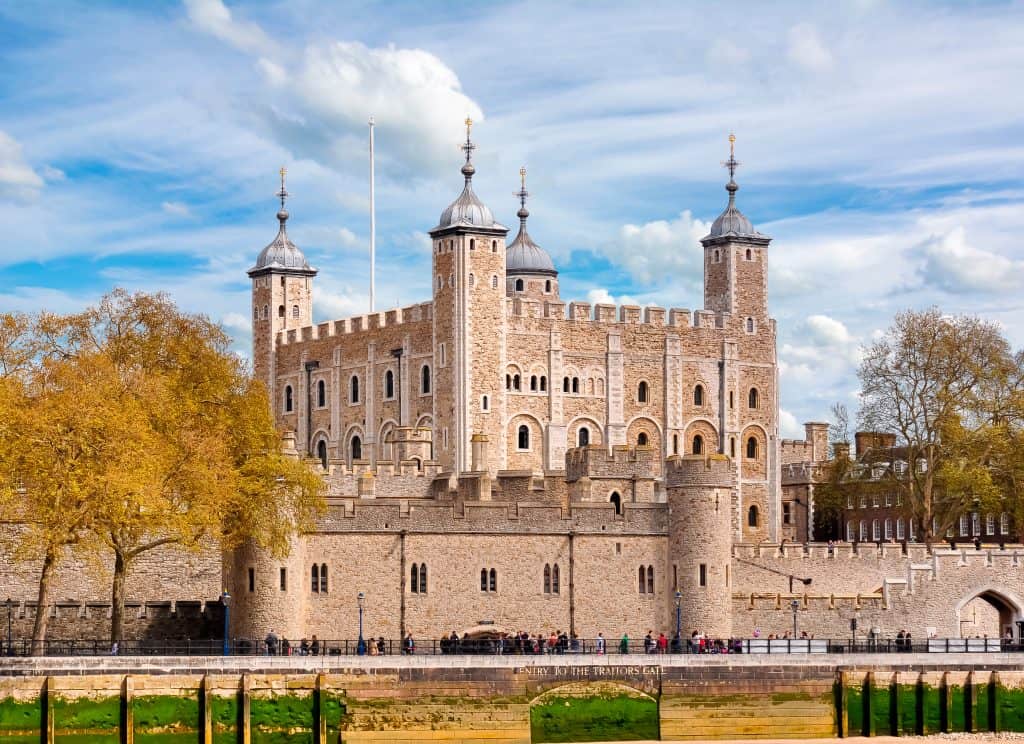 The Tower of London

Given its 900 years of history, it’s not surprising that The Tower of London has its share of ghost stories. During your visit, join a free tour led by the Yeoman of the Guard (the Beefeaters) to learn about the good, bad, and ugly history of the place. Older kids will love the tales of ghosts and evil Kings and Queens. Famous supernatural sightings include the headless ghost of Anne Boleyn, Lady Jane Grey, and two princes murdered by their uncle, Richard III, in 1483.

At night, a small number of people are admitted to the grounds to watch the Ceremony of the Keys. A nightly ritual of locking the main gate, the ceremony has been performed the exact same way for 700 years. Tickets are free but hard to get, so order tickets well in advance of your trip. Once you experience The Tower at night, you’ll start to believe the ghost stories are true.

In 1645 Mary King’s Close was bricked up to contain a plague that left thousands dead, leaving more than 300 people trapped within its walls. A Close is another name for an alleyway, and 350 years ago, Mary King’s Close (named for a prominent landowner at the time) was a neighborhood packed with people and animals with a street covered with several feet of human waste. After the plague, Mary King’s Close was forgotten. Demolition of a building in the 20th century revealed the preserved underground street, tunnels, homes, and businesses from the 16th and 17th centuries. The site is open for tours, and many people experience strange happenings, including, footsteps that seem to follow close, disembodied voices, and apparitions of a little girl named Annie. Google “Mary King’s Close ghost picture,” and you’ll find plenty of spooky pictures taken by security cameras.

Have you ever experienced anything “odd” happen while traveling? Would you ever want to travel to a haunted spot? Tell us below.

You might also like:
Which Hawaiian Island is Right for You?
Relax and Enjoy – 7 Tips for a Better Trip to Italy