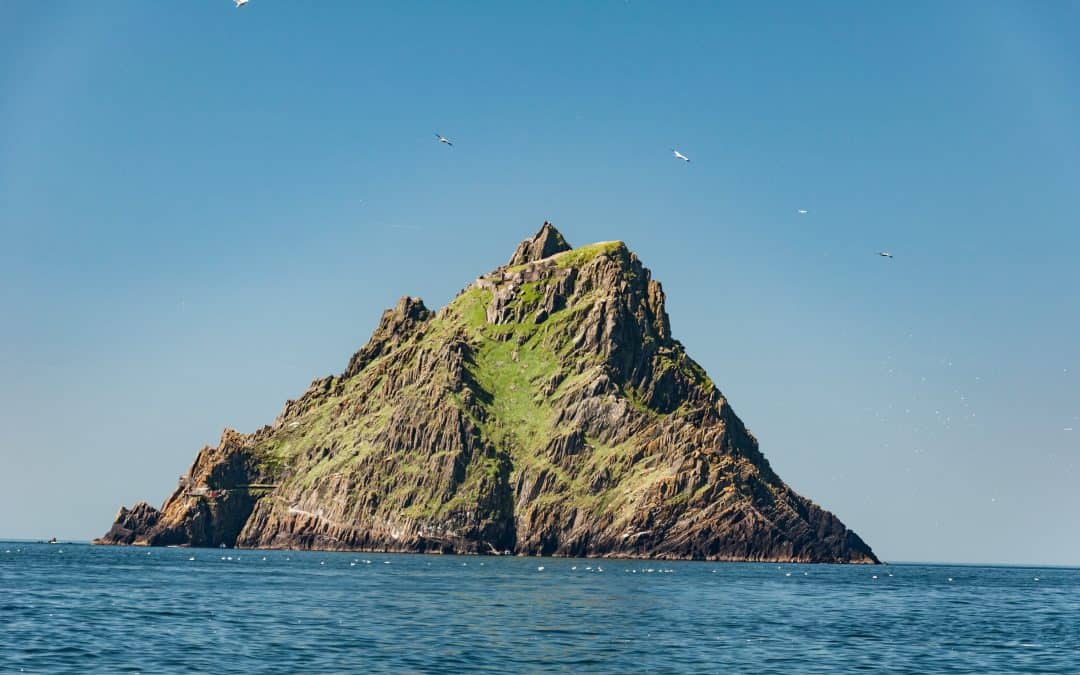 Some books, movies, and television shows are magical and stay with us long after we read the last page or watch the final shot before the credits roll. Sometimes we fall in love with a story or character and want to find a way to connect with that world in real life.

Traveling based on a favorite book, movie, or television show isn’t new. Passionate fans have always trekked around the world to connect with beloved stories and fictional characters.

Many of my favorite books have received beautiful adaptations for the screen (both big and small). The show or movie gives a tangible, real-life address to fictional locations. So whether you want to walk in the footsteps of Gandalf, Jon Snow, or Elizabeth Bennett, there’s an adventure out there waiting for you. The only limit is your imagination. Here are some of my favorite.

Famous as one of the locations from the Star Wars movie “The Force Awakens,” Skellig Michael is one of two towering rock points that arise out of the sea twelve kilometers off Valentia Island in County Kerry. Between the sixth and eighth centuries, a small group of monks created a monastic community here, and the beehive huts, grave slabs and crosses of the settlement remain. Skellig Michael is a 45-minute boat ride from shore and followed by a 650 step climb to the monastic settlement. Small Skellig, the second peak, is inaccessible to man but serves as the home of the second largest colony of Gannets (seabirds) in the world. Travel to Skellig Michael is limited, available by special permit, and weather dependent.

2017 marked the 200th anniversary of Jane Austen’s death, and special programs helped acknowledge the occasion. Real fans should plan a visit in June for the Jane Austen festival and annual costumed ball. After a visit with Mr. Darby, head to the Roman Baths, which houses an ancient, elaborate, hot spring bath complex first constructed in 60-70 A.D.

Romeo and Juliet by William Shakespeare (but, you probably knew that)
Verona, Italy

The exact locations depicted in Shakespeare’s fabled tale of doomed, star-crossed lovers are open to debate. It doesn’t matter. Located between the Adige river and Lake Garda, the city is overflowing with beautiful palaces and historical places to visit, including Juliet’s house and balcony. Plus, Italy!

A few years ago, I took the family to the ancient, beautiful, walled city of Dubrovnik, Croatia. While the kids saw an old fortress, I saw King’s Landing. Fans of George R.R. Martin’s Song of Ice & Fire series (and subsequent HBO series Game of Throne) know what I’m talking about. While Westeros is, of course, fictional, the show’s filming locations are not. Filmed primarily in Croatia, Northern Ireland (Winterfell and The Wall), and Iceland (everything “beyond the wall”), the books and show provide countless opportunities to visit the land of Daenerys Targaryen and Cersei Lannister.

Based on a series of graphic novels, the television show The Walking Dead created a horde of rabid fans dying to walk/run away in the terrified footsteps of Rick, Daryl, and Michonne. The show is filmed in Atlanta, and tour companies will take non-zombie visitors to filming locations, including Woodbury (a.k.a Senoia). If you want to be terrified, visit the new Walking Dead attraction at Universal Studios Hollywood.

Since the first novel debuted in 1991, the nine-book series sent women’s hearts racing. Add a saucy adaptation by Starz and Outlander tours of Scotland are everywhere. Although many of the locations depicted in the books are fictional, Scotland is home to so many amazing, mystical places it’s easy to imagine the world of Jamie and Claire.