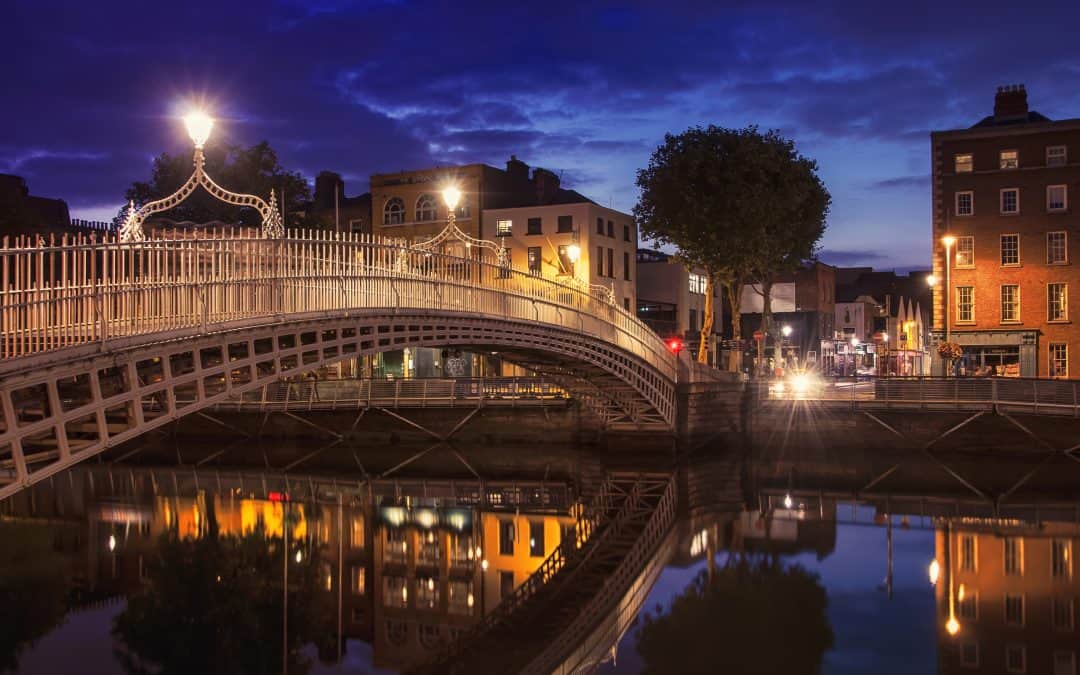 Step back in time with a guided visit to Dublin’s former county prison. Constructed in 1796, the prison held the anonymous and the infamous during its time of operation. The prison offers a unique look at Irish history through its prisoners, many of whom poverty-stricken women and children rather than criminals. Kilmainham Goal held the leaders of the 1916 uprising and it’s where they met their end in Stonebreakers Yard.

Every object tells, and the Collins Barracks has many tales to tell. Named for Michael Collins the first Commander in Chief of the Irish Free State , the museum houses a vast array of interesting exhibits and artifacts. In the North Block, the focus is Irish military history and includes a dramatic presentation of the 1916 Easter Rising. Other exhibits show the history of Irish participation in the French, English, and the U.S. military, and military equipment used by the Irish such as uniforms, swords, rifles, and artillery. The South and West blocks focus on cultural artifacts and decorative arts such as Irish silver, traditional and period furniture, woodcraft, scientific instruments, period clothing, and jewelry.
Insider Tip: The cafe is worth a visit.

In recognition of the 1916 Easter Rising, a new visitor exhibition was constructed in the iconic General Post Office (GPO), headquarters for the leaders of the rebels. The exhibit contains real artifacts, period dress, touch screens and videos describing the Rising. It also shows you what it was like to be in and around the GPO before, during and after the Rising. After your visit, take a walk around and check out the shops on O’Connell and Henry Streets.

The Grafton Street area is a great place to get lost for a few hours and wander around the shops, cafes, bookstores, restaurants, and pubs in the neighborhood. It’s only a block from the National Gallery of Art and the National Museum of Archeology. If you crave more shopping, head to O’Connell and Henry Streets near the GPO. For a pint in the rowdier part of town, make your way to Temple Bar, which is on the other side of the River Liffey.

Fans of ancient history will love the National Museum of Archeology. It has a beautiful collection of Viking swords, ax heads, spearheads, bog bodies, mummies, weapons, gold and silver jewelry as well as informative exhibits describing some of the more prominent players and places in Irish history like Brian Boru, the Vikings and the Hill of Tara. Best of all, it’s free.

Another beautiful spot in the heart of Dublin is the National Gallery. With more than 16,000 paintings, sculptures, and other works of art dating from the 13th to the 20th century. Not only does it feature an extensive collection of Irish artists such as W.B. Yeats, but it also houses some of Europe’s finest masterpieces by Van Gogh, Caravaggio, Monet, Picasso, and Rembrandt, among others. Admission is free, and it’s only a block from the National Museum of Archeology and the shops and restaurants of Grafton Street.

The Guinness Storehouse is the most visited attraction in the country. Over 1.4 million people visited it last year. Shaped like a pint glass, the Storehouse has seven floors of bright lights and dazzling images detailing the story of Arthur Guinness, the Black Stuff, and how it’s brewed. It also has several bars and restaurants, but wait until you get to the Gravity Bar at the top to enjoy your complimentary beverage with a 360-degree view of Dublin.

Insider Tip 1: Book online for discounts and to avoid long lines.
Insider Tip 2:  If you love Guinness (or stout), book a private tasting experience at the Connoisseur Bar. Walk through a secret door into a beautiful, private pub to learn about the history of Guinness and how to make the perfect pour. Sláinte!

The National Botanic Gardens was founded in 1795 to promote a scientific approach to the study of agriculture and the pursuit of botanical knowledge. Today, you can enjoy a stroll around the 43 acres of manicured grounds, organic fruit and vegetable gardens, and the two historic wrought iron glass houses. There is even a recreation of a Viking House and Garden from the 10th century. The pond, Rose Garden, and Mill Field are great photos stops.

Located in the middle of Dublin, Phoenix Park,is big (1752 acres) with hundreds of deer milling about the playing fields in the center of the park. Gardeners will love the 2.5 acre Victorian Walled Garden with sixteen-foot walls and based on the old-style kitchen garden. Sit outside and enjoy tea at the Tea Room or Phoenix Park Café in Ashtown Castle, a fully restored tower house. Other sights are the U.S. Ambassador’s residence, the President of Ireland’s residence, the Duke of Wellington obelisk, and the 116-foot-high Papal Cross, where Pope John Paul II gave a sermon to 1.25 million people in 1979. If the kids are with you, take them to the Dublin Zoo, which is located within the park. Entrance to Phoenix Park is free, but there is a fee to enter the Zoo.

Dublin Castle started as a Viking settlement in the 10th century. In 1204, King John of England ordered the castle built and it became the most critical fortress in Ireland and the seat of British rule for over 750 years. In the 18th Century, the original castle burned down and an impressive Georgian style palace was constructed in its place. Over the years of colonial rule, it served as the residence of the Viceroy (Governor) of Ireland and resembled a royal residence, complete with portraits of the Viceroys, English monarchs, and other works of art. There is a sitting room as well as a throne room where Queen Victoria held court on her visit to Ireland in 1900.  The building is still used for ceremonial functions by the President of Ireland.

As part of the tour offered at the site, you are taken under the castle where the ancient city wall meets the foundation of the Norman powder tower and the concealed postern gate entrance where provisions were brought to the castle from the River Poddle. You will also see the remains of the Viking settlement defense bank along the river. Dublin gets its name from the Vikings, who noticed a black pool near the River Poddle and called the area dub lin, meaning “black pool.”

Located in the heart of Dublin, this impressive Cathedral was founded in 1191 and sits on land used by Christians for more than 1500 years. According to tradition, St. Patrick used a nearby well to conduct baptisms in the year 450, and the Cathedral contains interesting artifacts and stories from a thousand years of Irish historical, religious, political, military and literary history. It also has a strong musical history: Handel’s Messiah was first performed here in 1742 by the choirs of St Patrick’s and Christ Church Cathedral. The Cathedral also holds regular services and is known for services sung by St. Patrick’s Choir School.